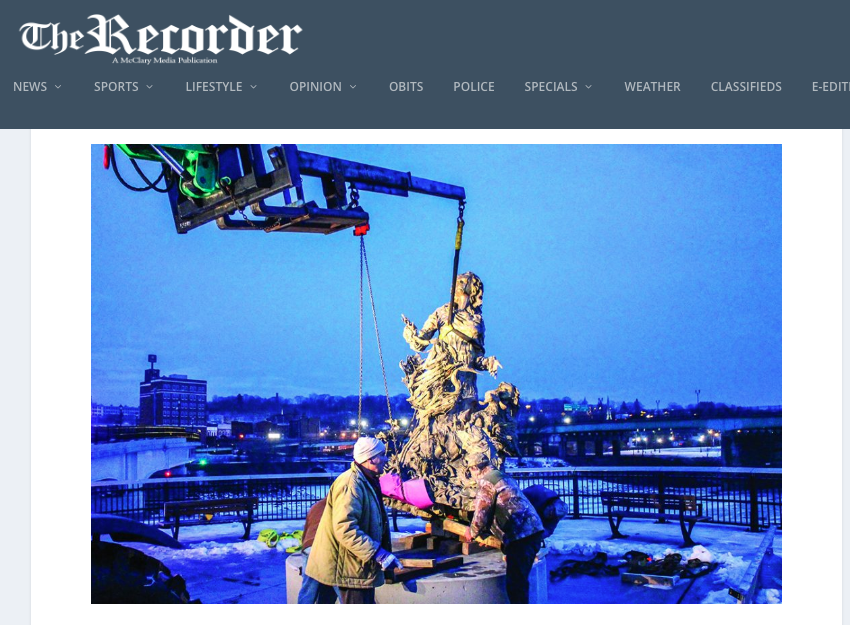 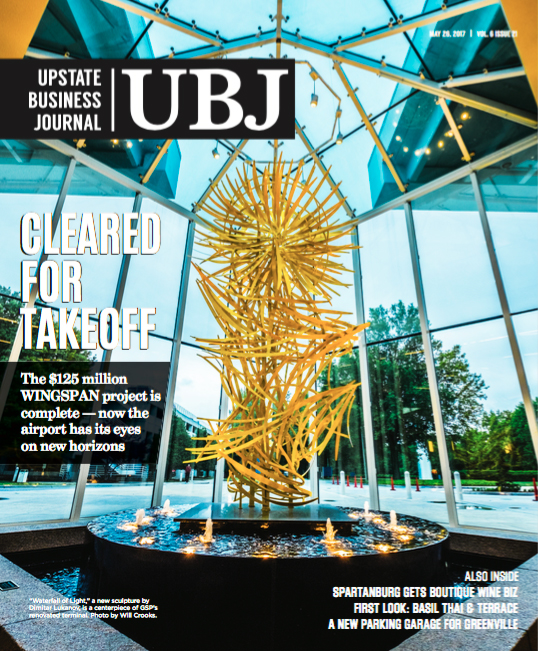 A Sculptor Finds Creative Refuge, Away From His Studio 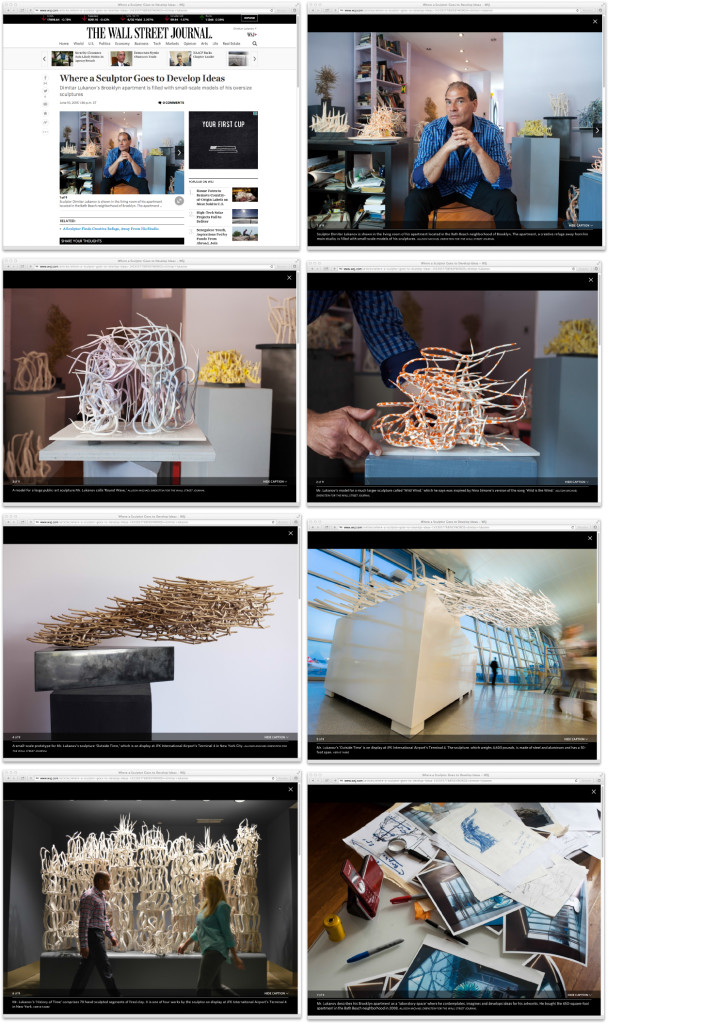 Slide show along an article by Polya Lesova 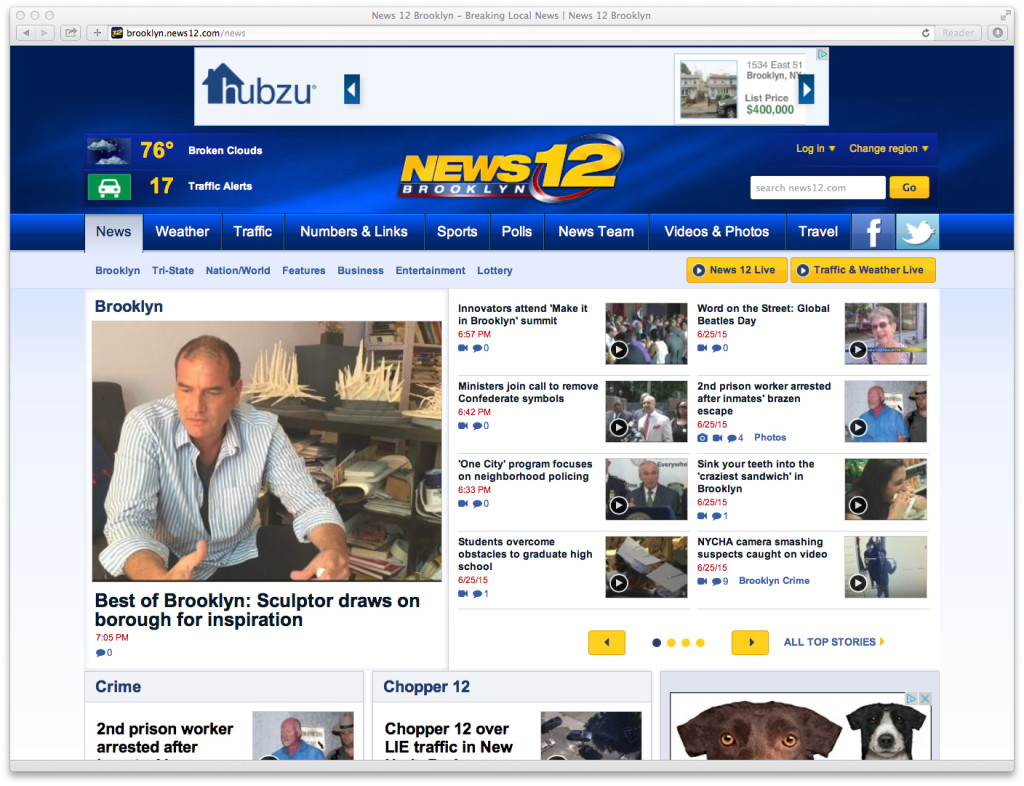 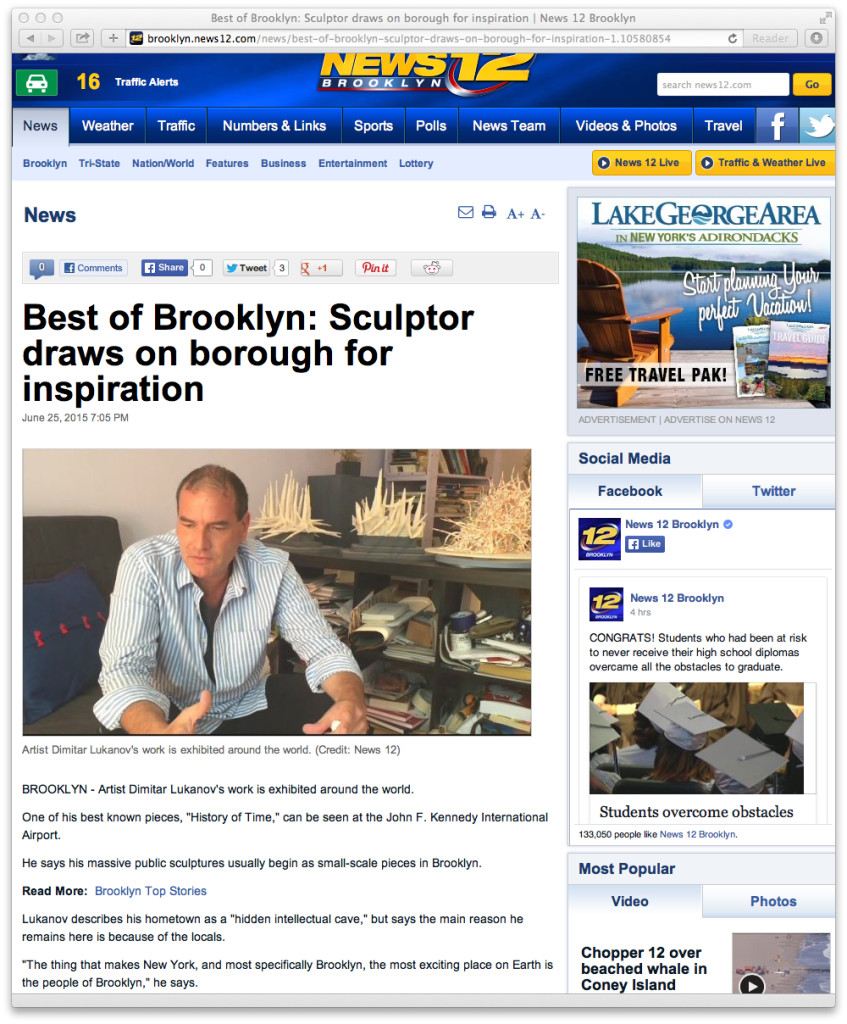 Air Travel Delays Got You Down? Airport Art To The Rescue! 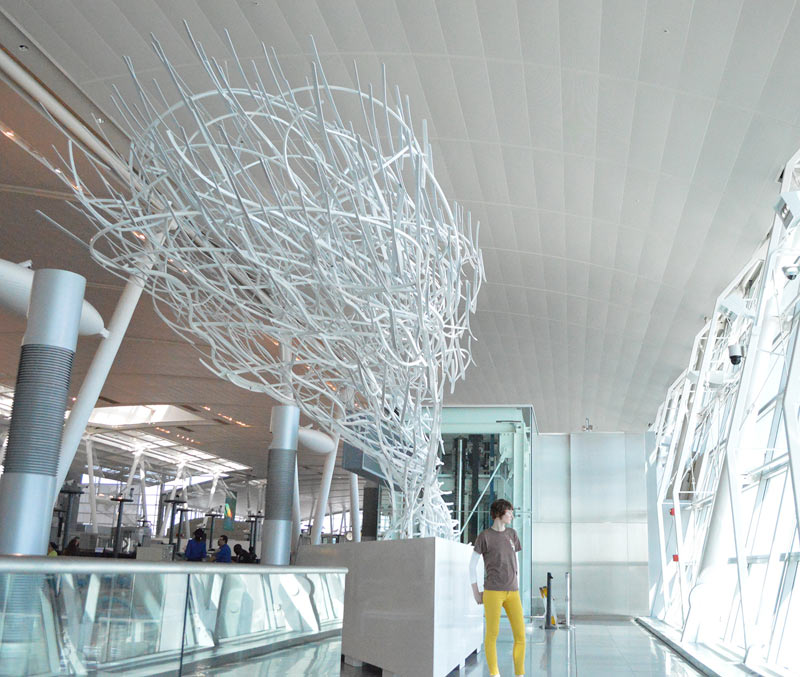 As Americans begin the busiest travel day of the year, there is a good chance that many people will be delayed in reaching their destinations, thanks to an unexpected spell of winter weather hitting the Northeast just days after temperatures in New York city reached an unseasonable high of 70 degrees. Luckily, there is one thing that stranded travelers can look forward to more and more often: airport art.

“The art program does help to provide meaningful things for passengers to do when they have layovers and when they get to the airport early,” the airport art program manager at Atlanta’s Hartsfield-Jackson International Airport, David Vogt, told Smithsonian magazine.

Airport art has made headlines in recent months, be it the censored Justin Bieber-themed piece that was replaced with a suite of sparkling emojis, or the star-studded line-up of public artworks from the likes of Maurizio Cattelan and Damien Hirst at the new $17 billion Hamad International Airport in Qatar (see “Indianapolis Airport Authority Censors Justin Bieber Artwork” and “Slew of Public Art Coming to Qatar’s New Airport, Hamad International“). Other airports are well-known for their art installations. Denver International Airport, which is considered to have some of the best public art in the country, hosts art walking tours for non ticketed passengers hoping to catch a glimpse of the conspiracy theory-fueling murals by Leo Tanguma and other artworks that grace the concourse halls. Overseas, London’s Heathrow Airport is home to an award-winning commercial gallery, T5 Gallery, and unveiled a massive Richard Wilson sculpture titled Slipstream earlier this year (see “Richard Wilson Unveils 77-Ton Public Sculpture at Heathrow Airport“).

While some may be content to enjoy the art of others before taking to the skies, others take a more proactive stance, with artists such as New York-based artist and graphic designer Lauren O’Neill and Australian artist and typographer Gemma O’Brien taking advantage of the unique constraints of air travel to create new work. O’Neill’s series of aerial photographs of airports, taken shortly before or after takeoff or touch down, have become a sensation thanks to her Tumblr blog Holding Pattern, and O’Brien recently teamed with Qantas airlines to encourage passengers to decorate air sickness bags for the “Spew Bag Challenge” (see “Artist Compiles Aerial Photos of World’s Airports on Tumblr” and “Airline Asks Passengers to Make Masterpieces on Their Airsickness Bags“).

If you find yourself stuck in New York’s John F. Kennedy International Airport this afternoon, artnet News suggests checking out Dimitar Lukanov’s Outside Time, the first work in a three-piece commission for the airport by the Brooklyn-based artist, installed at terminal 4 earlier this year (see “Dimitar Lukanov Sculpture at JFK Airport Unveiled Today“). The 30-foot long sculpture, made of steel and aluminum tubing, seems to take flight effortlessly, and should help calm frayed nerves if you’re stuck on the ground. Follow @sarahecascone on Twitter.