In the summer of 2017 the City Council of Amsterdam, New York voted unanimously to award Dimitar Lukanov the commission for three-piece public art project for MVGO, the pedestrian bridge spanning over the Mohawk River, a part of the Erie Canal.

The first piece, Mother and Child at the Mohawk River was installed January 8, 2018. Cast in bronze, the sculpture stands at 11ft (3.50m). Dimitar Lukanov built the sculpture first in clay, with many of the composition’s elements created directly in beeswax. Work on the complex composition started September 5, 2017 and the cast bronze piece was fully completed December 2, 2017.

A veritable symphony of life, the composition is directed by the Mother; as in an miraculous orchestra of flora and fauna, all lead by the inviting, uplifting gesture of a woman – the Mother with whom the world begins. 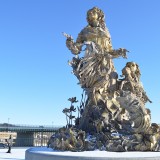 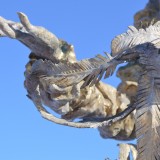 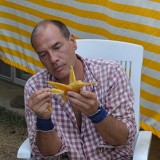 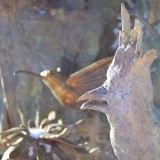 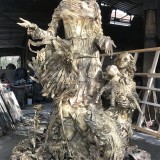 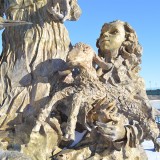 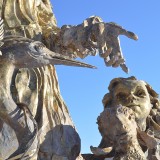